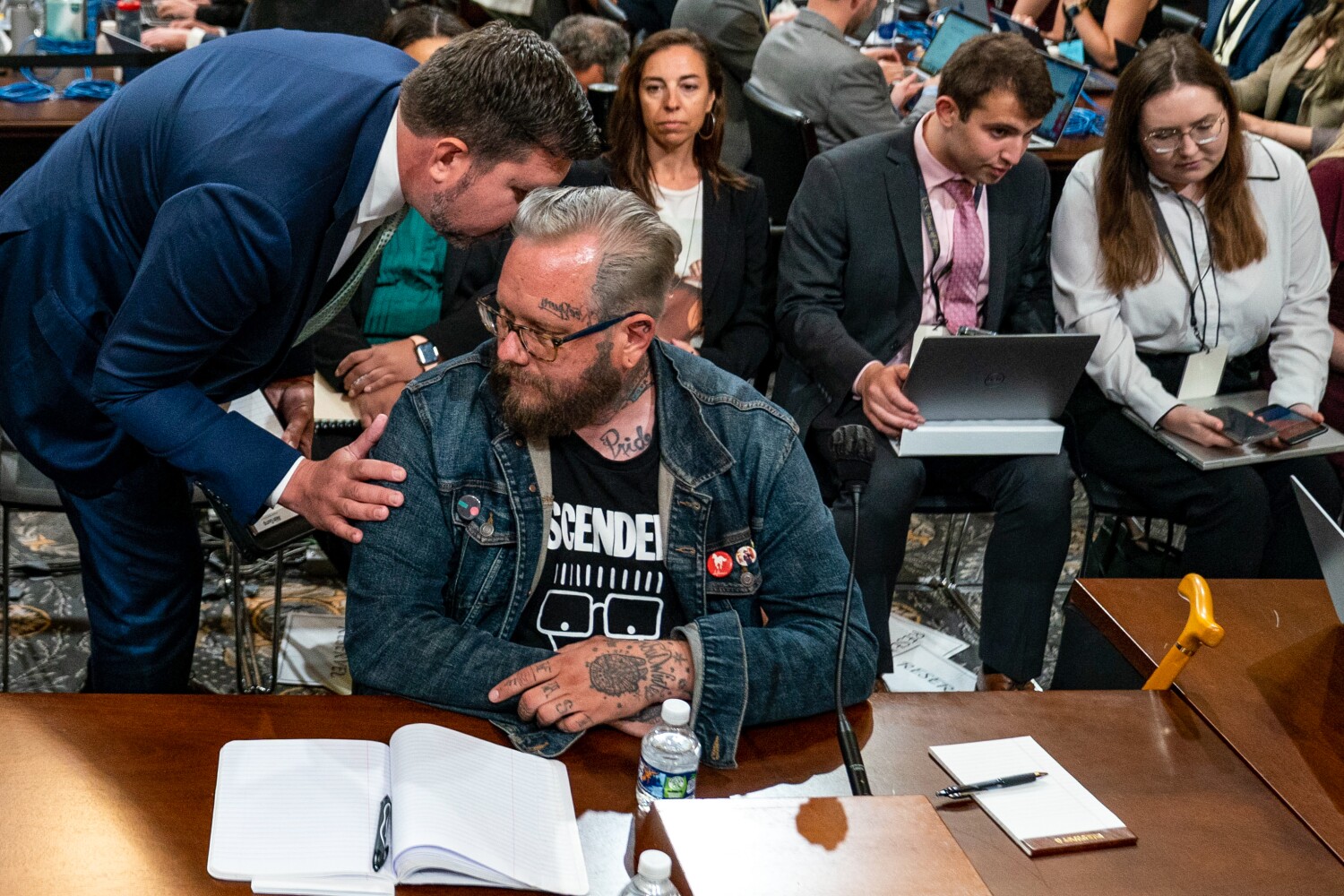 Jason Van Tatenhove, a former spokesman for far-right extremists the Oath Keepers, testified Tuesday on Capitol Hill in regards to the group’s position within the Jan. 6 assault on the U.S. Capitol. In a listening to that tried to attach the Oath Keepers — together with QAnon followers and the Proud Boys — to what passed off on Jan. 6, 2021, Van Tatenhove, who served because the Oath Keepers’ nationwide media director from 2014 to 2016 earlier than he lower ties, outlined how the antigovernment group got here to prominence. For some sharp-eyed viewers, nonetheless, it was what was on his black T-shirt that was notably exceptional: the quilt artwork for “All the things Sucks,” the fifth album by punk-rock band Descendents.Descendents bought their begin in Manhattan Seaside in 1977 and performed a serious position in launching the pop-punk style. In 1982 they launched their first album, “Milo Goes to Faculty,” referencing lead singer Milo Aukerman, who briefly left the group to pursue a biochemistry diploma at UC San Diego.“Milo Goes to Jail,” music author Dan Ozzi quipped on Twitter after seeing Van Tatenhove’s shirt.After a photograph of the shirt made the rounds on social media, Descendents shortly distanced itself from the Oath Keepers earlier than somebody may get something twisted.“We utterly disavow teams just like the Oath Keepers and on no account condone their hateful ideology,” the group tweeted. We utterly disavow teams just like the Oath Keepers and on no account condone their hateful ideology.— DESCENDENTS (@descendents) July 12, 2022 These with even sharper eyes additionally picked up on Van Tatenhove’s Deftones pin, that includes the silhouette of a horse from the choice steel band’s “White Pony” album in opposition to a pink background. Deftones hasn’t but stated something about its model showing on his denim jacket.